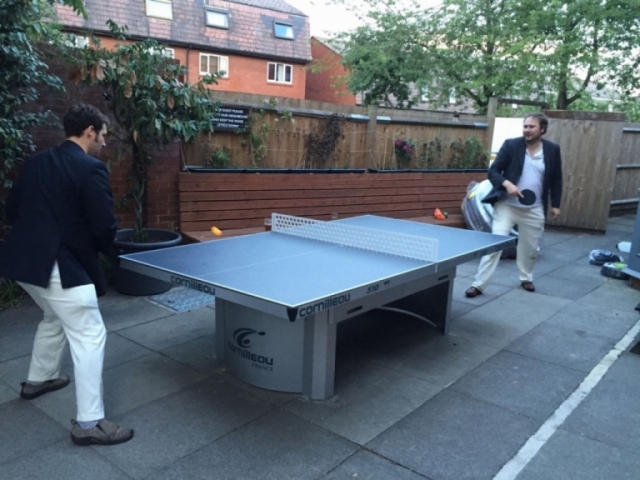 There are bogey teams and then there are rivers-of-snot-blasting-all-over-your-phlegm-drenched-face teams. The Badgers have become the latter for the Thespian Thunderers, winning their tenth game in a row in a run stretching back to 2012 – a time when Cadey was revising hard for his GCSEs and Josh Lee was yet to learn a word of English.

On this occasion, a T20 match was the theatre for the Thespians’ downfall, only reaching 80 runs before their final batsman exited stage pavilion. Cade was the star with the ball, accruing four wickets and a run-out to his name. Shone also provided excitement for the crowd, finding himself with two wickets in two balls thanks to some generous catching in the deep from Messrs Jinks and Thorpe. The hat-trick ball just missed its mark but at least it meant he didn’t have to plan any lessons for the following morning – “Children, write a match report for Mr Shone’s latest game. Yes, another one. No, I don’t care that you’re only seven years old. Oh yes, and make sure you don’t waste space praising anyone else too much this time.”

Low chases can sometimes prove tricky for those with a negative English mindset so the Badgers were fortunate to have Aussie Tim straining at the leash to make the ball go walkabout to all corners of the ground. 55 not out from 33 balls proved to be sufficiently bonzer and the finishing line was reached with nine overs and eight wickets to spare.

The Badgers retired to the pub for table-tennis, pint-downing and lies about pint-downing subsequently posted on Twitter (sorry Paul).