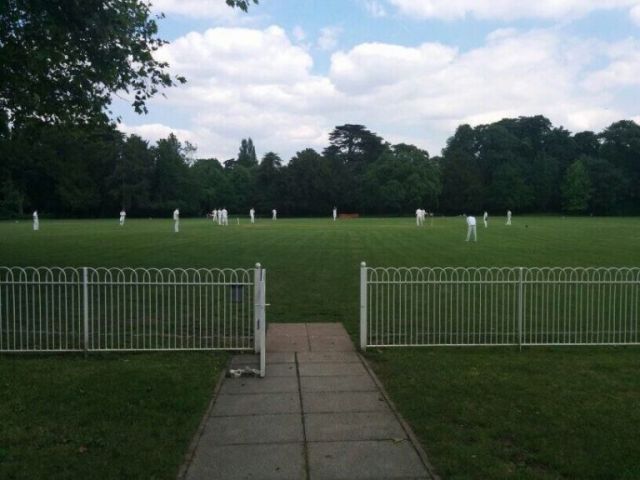 An electric innings from new boy Charlie Walker lit up the Chiswick Sports Ground as the Badgers cruised to victory by 139 runs. Having mistakenly arrived for the game 24 hours early, he put his superior knowledge of the pitch and conditions to good use by bludgeoning the opposition out of the match before picking up 2 wickets for good measure.

Earlier in the day, it was the Thespians who found themselves enjoying a taste of the Royal Circle, leaving the Badgers floundering in the cheap seats at 102/6. However, attempting to press home their advantage, they made the fatal mistake of angering Walker. Edging the ball onto his mouth while still on single figures, play was stopped while he counted his teeth and added ‘Thespian bowlers’ to his list of enemies to wreak terrible vengeance upon. Fuelled by the taste of blood and the need to impress a watching girlfriend, Walker clubbed his way to a “Woof!”-inducing 86 from 47 balls. Ably assisted by Cole, who joyfully notched his first 6 for club, the two batsmen put on 110 runs as they swung the momentum back towards the jubilant Badgers.

Big partnerships at big times in a big way from big players, bigly, were required from the Thespians but all they found was tight bowling and razor-sharp fielding, as Dollimore’s pack of hungry bowlers announced their presence on the match. Still smarting from his 3-hour taste of London’s transport delights, Cade proved the pick of the bunch, ‘procuring’ 3 wickets and 2 catches and leaving Thespian dreams in tatters. Two stumpings for Jinks brought down the curtain on an entertaining game as the Badgers wrapped up their 6th successive victory against the Thunderers.