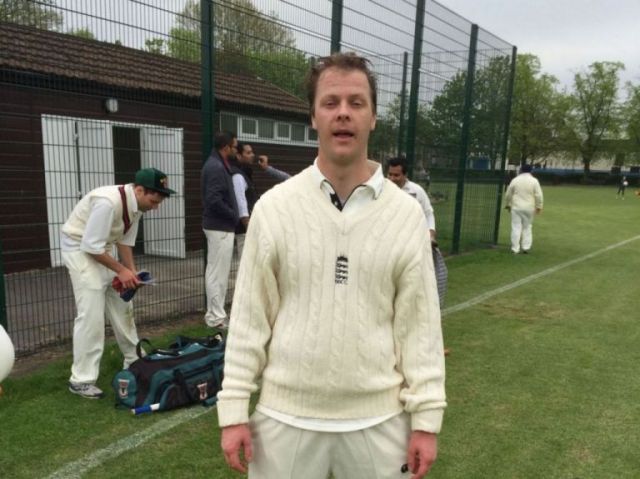 The Badgers’ 2015 season got underway in much the same fashion as the 2014 season - with Bam Bam going berserk. Last year he did it with the ball, this year with the bat. All that pent up winter tension released in the sort of 47-ball, jelly-baby-fueled, evo-powered, game-defining knock of which only Robin Mackrell is capable.

Resources had been depleted by the Morse-Ruspoli wedding to the extent that even with the return of an Andy Thorpe the Badgers were only able to field 8 players. However, the White Sox were remarkably accommodating and provided two substitute fielders for the duration of the innings, one of whom even took this task seriously enough to effect a run out of his own team mate.

Mackrell lost the toss and the White Sox skipper opted to give his batsmen first use of the strip. The batsmen saw off the early testing conditions and the opening pair looked set to go big before Thomas was introduced into the attack. Two wickets in his first over and a third in his second brought the Badgers into the game. Debutant Lewis picked up his first wicket for the club soon after and things were looking up for Battersea's finest. However, the White Sox quickly regrouped and kept attacking to finish with 193 from their 30 overs.

Tea was a splendid affair involving more chicken than a Marty McFly taunt.

After the interval the badger response was rather cautious. Early wickets fell, and despite some resistance from Thorpe it wasn't long before Mackrell, batting at 5, found himself at the crease. With a rebuilding task on their hands Thorpe and Mackrell eked out a partnership of 32, but when Thorpe succumbed in the 19th things were looking ominous. 105 runs were required from 10 overs with only 3 wickets in hand.

Desperate times call for desperate measures: Hamblin called his brother to try and bolster the batting order, whilst Mackrell focussed on a brief day dream about a packet of jelly babies. It's not clear whether Bam Bam looked at the scoreboard and calculated the required rate or whether he was simply enraged by the fact he couldn't actually eat his imaginary sugary treat. However, the next over went for 22 runs, including one six that cleared the 12' fence around the pavilion. It was an extraordinary knock with boundary after boundary flowing from the GN blade. McLuskey joined the carnage too; his booming calling of "TWOOO!" reverberated around South Wimbledon and was allegedly the cause several run out incidents at nearby grounds. The honour fell to Stumac to hit the winning runs with 5 balls to spare, sadly leaving the Badger captain stranded 5 runs short of his first Badger century.

#Badgerwin number 1. Bring on the Itinerants!