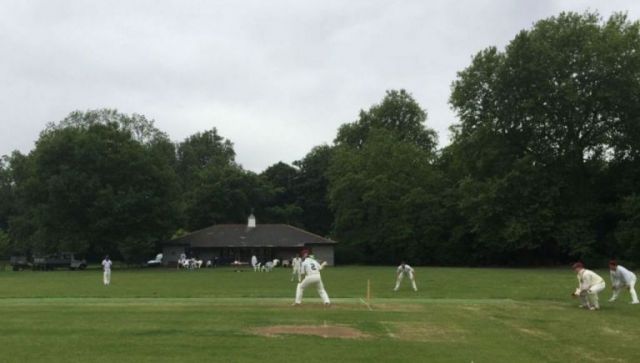 Sunday morning of a bank holiday weekend normally means a lie in. But not if you're a gun-toting, cricket bat wielding badger. So it was at 10am the badgers assembled at Woking laser quest for a battle royal to determine who would leave victorious with 10 pentathlon points and the blood of the culled dripping from their claws.

The question on everyone’s lips was whether Barker really was the former laser quest European Champion or was this just all talk? Following a warm up team game where the batsmen gave the bowlers a beating equivalent to a straight six over their heads, the battle royal, badger on badger, melee began. And let the record show that "SmokeyJoe" aka Stu “Dancing Feet” Barker really is something of a laser assassin with victory by more than 500 points! He adds Badger Champion to European Champion and we all know which he'll value more. Honourable mentions should also go to Thorpe, Shone, Jinks and Blaiklock for picking up further Pentathlon points.

So what about the cricket....

Now nicely warmed up the badgers moved on to the local McD's for some well earned nourishment before a return to the spiritual home of Battersea Park for another ironic and tough fought away game against the Believers.

A historically low scoring affair began by looking to buck this trend with the Badgers taking the field first and the Believers cruising to 49 without loss off 7 overs. However a caught and bowled from Dollimore off a "high yorker" opened the door and there then followed a terrific spell of tight and aggressive bowling from Mssrs Mackrell, Cole and Hirst each getting two wickets each to pin the Believers back to 79-8. Special mention to vice-captain Cole for bringing his seam bowling out of nets and onto the field of play and ending with figures of 6-3-5-2.

There then followed some stubborn resistance from the Believers tail pushing the scoreboard up. With fielders surrounding the bat Cadey whirled away and had his reward from another "high yorker" with a stunning one handed catch at short-leg held by Prince Morse when everyone else had dug a trench and were cowering inside in preparation for a fetch to the boundary. The final wicket fell with the Believers on 150 with a neat stumping from Jinks, again off Cade.

Tea was a tasty affair, particularly the kofta wraps and banana cake.

And then to the batting. Lee (25) and Warman got the badgers going but wickets fell with regularity. Following a solid 29 from Thorpe, at 107-8 and still 44 runs for victory the captain and vice-captain found themselves at the crease. With both players plying their trademark styles, solid defence and blistering attack (much like their approach to laser quest) the nervous badgers on the sidelines need not have feared. Cole hitting the winning runs with time to spare and earning a well-deserved Badger of the Match award.

That takes the tally to 4 badger wins in 4 now. On to the olde enemy next where the forces of good will need all their laser firing, bat swinging and ball throwing skills to vanquish that evil empire.